Bitwise operations are really useful and fast for storing and operate on certain values. They are way more used in systems where resources are more limited like video-games or embedded devices.

In this first article about bitwise operations, we get a quick introduction to them with a drawing (new format!) and some written content but I plan on sharing more 🙂.

What are bitwise operations?

They’re operations that deal with bits directly. Bits are 1s and 0s and it’s how everything is stored internally in a computer so being able to operate with them directly is very efficient because the processor is able to do those operations natively. Wikipedia says:

There are more but let’s take a look today at the three most basic operators:

AND is like the boolean equivalent you already use in if conditions but with one difference, this operates at the level of bits:

The same goes for the OR operation, represented with the | symbol in many programming languages.

How they operate with more than 1 bit

The key here is to remember that when we have a bitwise operation with more than 1 bit, we do it bit by bit. For example:

Or in an AND operation:

Example to show how to use them: 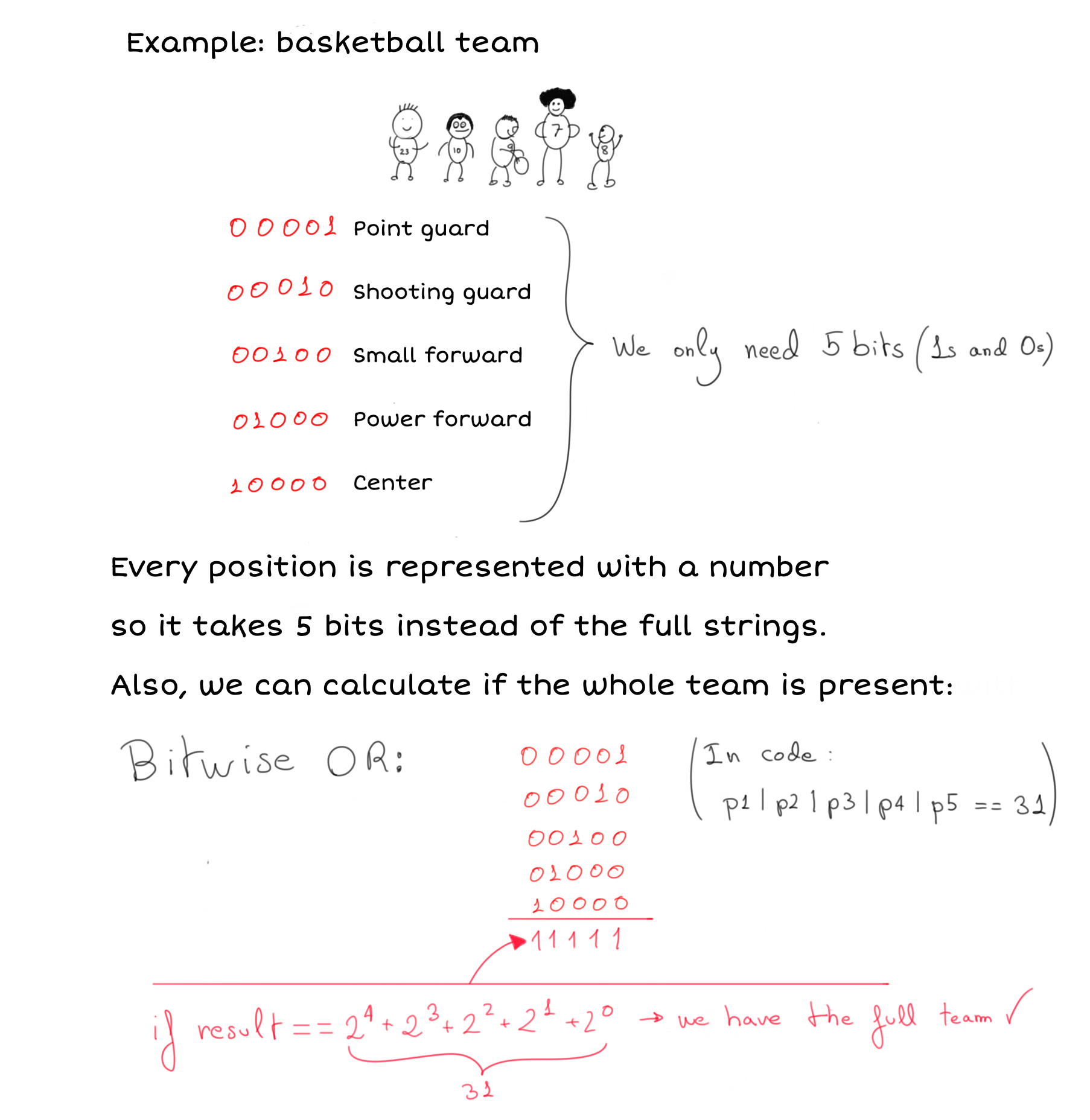